I’ll simply refer you to Pinnacle 3701. There are many good reports/articles on this particular crash but this is a quick easy read 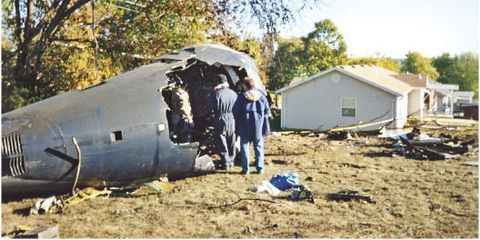 What Went Wrong: The Crash Of Flight 3701

For three and a half minutes on the night of Oct. 14, 2004, Capt. Jesse Rhodes and First Officer Peter Cesarz were on top of the world. The two Pinnacle Airlines pilots had pushed their twin-engine...

Adam,
Very interesting article. Thanks for sharing.
Many thanks,
Wyatt P.

Wyatt-
The service ceiling on an aircraft is generally defined as the altitude at which an aircraft can no longer climb at a 100 foot per minute rate. If the plane continued to try to climb, it would be trading off airspeed for altitude, and would become less responsive to control input (the controls would feel mushy). If the engines don’t flame out due to lack of sufficient air pressure, the aircraft itself would lose lift, begin to feel mushy and then either go into a nose down position or stall depending on the control input. As long as the engines are still running, the nose down position or stall can be generally recovered from.

Just remember, as with the article Wyatt posted, there are reasons for limitations. Airspeed limitations, ceiling limits, and others are created both by engineers and by pilots who had their worst and last day. Flying “outside the envelope” (outside the limits) is best left for computer simulations and test pilots.

Learn the limits and fly within them- pilots have paid with their lives to teach others to do so.[quote=“AspiringUnitedPilot, post:1, topic:2264, full:true”]
Another question

Christopher,
That makes sense. I’ve read a few articles and watched a few videos on this. Thank for your input.
Thanks,
Wyatt P.