The Robots are Coming!

It seems that there are many posts (thank you for your patience Adam, Chris, and Tory) about the “robot takeover” of the airline pilot profession. I understand everyone’s worries as I too am hoping for a long and robot-free career. 737 Captain Petter, aka Mentour Pilot, made a great video regarding this topic and I invite everyone to watch it entirely. He talks about the technology, legislation, regulations, manufacturing, fleet replacement, and public trust that might be needed to get the “robots” into the front seat. Hopefully it will put some of your worries to rest and give you a better understanding of the complexities of bringing this thing to the market. (https://www.youtube.com/watch?v=k0yGOSZUHwA)

He also raises an interesting point about how different society might be by the time robots replace pilots. Here’s an article about a Swedish bank letting go of 6000 employees in its push to go digital to remain competitive. (http://www.digitaljournal.com/business/nordea-bank-cuts-6-000-jobs-in-effort-to-go-digital-in-core-areas/article/506331). This shows that some non-aviation professions are already being affected by technology. IMO, there are fewer factors preventing the complete automation of other jobs as there are preventing complete automation of airplanes (keeping in mind what Mentour Pilot mentioned in the video). So it’s possible that if robots take over many other jobs, by the time they get to the cockpit our world might be a little different and pilots won’t be the only ones worried.

Are you worried about robots replacing pilots?

Thank you for sharing. Not sure I agree with everything he says and while I’m not worried in the least I don’t believe it would require AI technology. Also, someone needs to tell him one of his epaulets is backwards which drives me insane

Good eye Adam! How exactly can you tell? Looks normal to the untrained eye.

That Mateusz is because you haven’t spent YEARS sitting next to another pilot with an (or both) epaulets on backwards.

Ok Pilot Uniform 101: Epaulets: ALL epaulets have one side which is narrower than the other (some it’s more pronounced than others). The epaulets should be “installed” with the wider end OUT towards the shoulder (narrower end toward the head) giving the wearer the appearance of a broader shoulder. If you look at our Mentour, the epaulet on the right (his left) is correct BUT the epaulet on the left (his right) clearly has the narrower end away from his head. BAD PILOT MENTOUR! Now you can say I’m slightly OCD but I prefer to say I have a finer attention to detail

He also needs to learn how to button his top collar button and tie a proper Windsor or half-Windsor tie knot. To me, part of being a good pilot is dressing the part, this gentleman has some room to grow in that arena.

I too am considering a flying career and this topic concerns me. I’ve watched that video and he makes some good points i think. However, I’ve also seen a video of a robot arm successfully flying and landing a plane.

Could airlines perhaps replace only copilots with a robot in the near-ish future? That way a human could takeover if the robot malfunctions.

I think regulation would slow this development and i think there would also be a trial period on cargo planes before impacting commercial planes…but it’s conceivable maybe? Does anyone have any insights or thoughts on this?

This has been discussed ad nauseum. None of us believe this will be an issue any time soon. If we’re wrong than will all be working at McDonald’s… oh wait they’re getting robots too! Oh well I guess we’ll just have to see.

Thanks, Adam! Now I can’t unsee it…

I really do not see this as being an issue. We don’t even have trucks or trains that can drive themselves yet, let alone airplanes. Sure, a computer can land an airplane, but that is under specific conditions and doesn’t allow for all of the variables that pilots can face. Beyond that though, being a pilot of an airliner really isn’t so much about actually flying the airplane as it is all of the decision making that goes into that and a robot can’t do that.

While I hesitate to resolve this thread AND I in no way mean to be callous, for all you “but Uber and Google have driverless cars! Drones are coming soon to take all the pilot jobs!”. Again, I’m not worried. 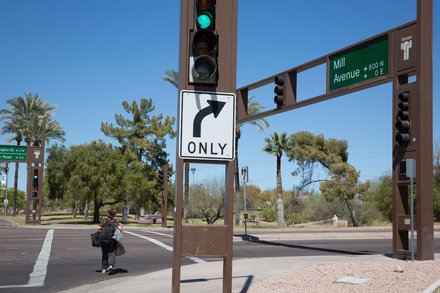 A woman in Tempe, Ariz., died after being hit by a self-driving car operated by Uber, in what is believed to be the first fatality of a pedestrian from an autonomous vehicle on public roads.